Association method
Chinese characters are extensive, profound and changeable. Therefore, so it is possible to use associative memory to connect words with specific parts into one sentence. For example, characters with "Jin(巾, tower)": The woman(巾帼) who has the situation well in hand(运筹帷幄) buys a broom(扫帚) in RMB(人民币) and hangs(吊) it then she wipes the hat(帽子) with a handkerchief(手帕). You can also memorize with lyrics, like characters with "Xin(心, heart)": Miss(思念) is very mysterious(悬的); It’s like a shadow and soundless(无声无息). In this way, these characters with certain parts will linger in your mind. 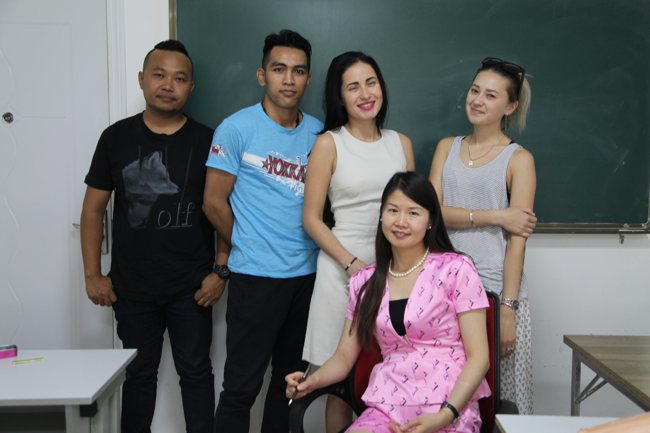 Drawing method
In fact, basic chinese characters are not what we see today at first, but after a very long evolution process. It starts with knots, then turns into pictographs, and finally becomes present simplified characters. However, many characters still maintain the meaning of the pictograph, therefore, drawing method is also a clever way to learn Chinese characters. In the process of memorizing characters, draw the general shape of one thing with a pen to make an easy and vivid picture, which is more acceptable and visual than the information conveyed by the language. For example, characters like ri(日, sun), yue(月, moon), shui(水, water), and huo(火, fire). Students draw a river and three continuous hills, and then evolve the river into the character shui and evolve the hills into the character shan(山, mountain).Jingle methodChildren love playing. If we can teach them in a funny way, fully making use of their psychological characteristics to compile jingles, it will make characters lively and interesting. For example, the character cong(从): two persons are friends; one follows the other and the character chun(春): three persons bask in the sun together.