The first is to read more and speak more. No matter what thing you are going to do, there is a progress from shallow to deep, from unfamiliar to familiar, from quantitative to qualitative. The study of Mandarin also follows such a rule. Reading more refers to forming a habit of reading Mandarin through the process of reading books, newspapers, documents and so on. Even if it is inconvenient to read it out in some specific environments, we should also form the habit of silent reading. In addition, every time when we see large slogans or billboards, we shall read them habitually, which is an effective way to master Mandarin as soon as possible. Speaking more is difficult for learners living in some specific environments of Southern China, especially for people who have thick regional dialects. So it takes a little bit of effort to learn to speak Mandarin well. 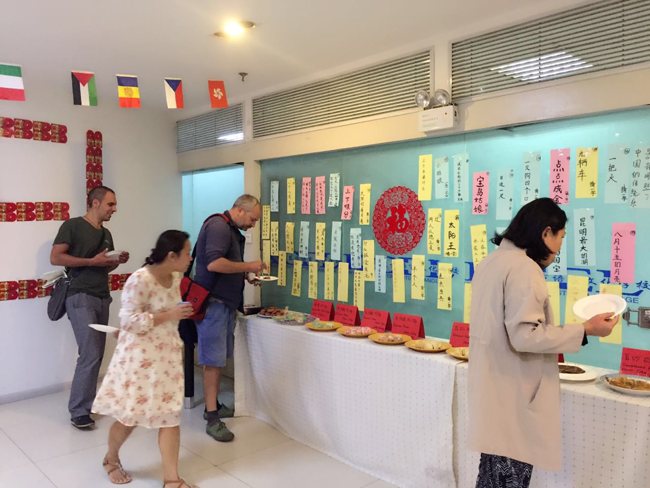 The second is to listen more and practice more. Listen to radios and programs of TV announcers and hosts as much as possible because their pronunciation is relatively standard. Listening to the languages and conversations northerners nearby, especially the people in Beijing, is helpful to master the rules of Mandarin because the first element of the definition of Mandarin is "Regarding the pronunciation of Beijing as the standard pronunciation." Besides, the differences between the southern dialect and Mandarin lie mainly in three aspects, they are blade-alveolars and retroflexes (zh - z, ch - c, sh - s), laterals and nasals (l - n), and some front and back nasals (in - ing, en - eng). These three aspects are also the difficulties for southerners to learn Mandarin. To overcome these difficulties, we must strengthen the training of oral and articulation organs, and strengthen the practice of tongue twisters. These difficulties can be easily overcome as long as you practice more.

The third is to imitate and ponder more. Imitation is not only an effective way for beginners in Mandarin, but also can increase our interest in learning so that we won’t feel boring. Except for imitation, we have to ponder more. Take time to find out the differences between our pronunciation and that of the mock object and the deficiencies in the coordination of our pronunciation and vocal organs, then revise gradually.

Finally, I want to tell the Mandarin beginners that they should avoid blindness in learning Mandarin. Learning the foundation of Mandarin is very important. If we take a detour in the beginning and form some bad habits, it will be difficult to change them later, which is also directly related to the teaching methods and the exemplary role of the Mandarin teachers.