"Immersion" Chinese Teaching Well-received in the United States When Susan Wang came to California from Taiwan at the age of 16, she could not speak English. Now, at the age of 49, she founded a language school where the American children are put in a Chinese language environment. Her school is an epitome of the rapid expansion of "immersion" Chinese curriculum in the United States. Beijing has provided  Native Chinese teachers that charge less to American schools that are short of capital, which obviously played a significant role in promoting this trend. At Broadway Elementary School in Venice, west of Los Angeles, students (the youngest is only 5 years old) receive lectures delivered in Chinese. The project has been a great success. As China's international status has risen rapidly, the demand for Chinese language skill courses in American schools is increasing continuously, which reflects America's diplomatic transition to the Asia Pacific. According to the data collected by the Center for Applied Linguistics in the United States, in the past 10 years, Chinese language immersion programs have increased rapidly throughout the United States, while other foreign language courses, including French, German and Japanese, have declined sharply. Nancy Roth, staff of Center for Applied Linguistics in Washington said: " As all schools are cutting budget drastically, I appreciate it that China sends teachers who charge less or even free to American schools to teach language classes." Traditional families in which one or both of the parents have Chinese backgrounds send their children to Chinese schools with excellent chinese language immersion programs to consolidate their cultural "tradition" or to cultivate the children’s ability to communicate with their grandparents living in China. However, more and more parents indicate that they send their children to Chinese schools only on account of the children's economic and career prospects. "In the past, Chinese courses exist only in the west coast and big cities, but now the whole country is teaching Chinese, and there are no signs of slowing down," said Roth. 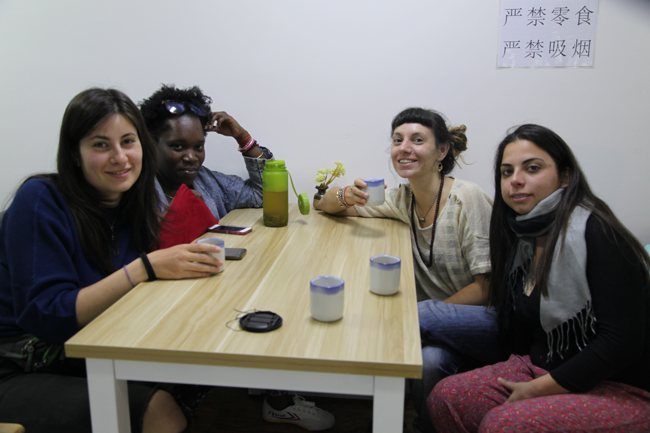